I am a careful beekeeper. I don’t like stings. In my first year of keeping bees (one colony, split into two by summer’s end) I had zero stings. None.

I admit, I wore a smock, hat and veil, gloves, two pairs of jeans, a shirt and a t-shirt. Hey, as I said – I don’t like being stung. What a wuss I was.

And I still am.

But it’s not just me being a scaredy-cat – there are plenty of people who want to avoid stings. Obviously, not liking stings is basically the point of them. Some people tolerate them more than others – I get itchy for a day or so, but it’s generally pretty minor. Other people have an anaphylactic reaction to bee stings – their throat can swell shut, and they need a shot of adrenaline if they are to survive.

Anyway, I saw this bee suit featured on a news website a while ago, but I pretty much dismissed it as a far-out fantasy. I’ll never be able to afford a sting proof bee suit, I convinced myself – I may as well buy a liquid oxygen powered space rocket.

Anyway, fast forward to late April, and I saw it again, this time for sale on a Facebook page. I’ll just check it out, I said. I went to the sales page, and it looked pretty cool, although the comments on Facebook were that it would be incredibly hot to wear such a thick suit, especially while doing physical work on a sunny day.

Anyway, long story short, I emailed the inventor/designer – Ian – and we had a short chat on the phone. He helped me pick my size and had one sent out to me the very next day.

So, now I have a new bee suit.

So when I first saw the Sentinel Pro 3D, I assumed it would be too expensive for a mere mortal like myself to buy. I, like other lowly beekeepers, would have to endure the occasional sting through poorly stitched, budget cotton overalls.

When I actually looked at the sales page, I was amazed to see that the price was less than that of the current “top-of-the-range” suit, the Apiarist by BJ Sherriff. Whether it will stay so low, I don’t know, but it’s definitely within reach.

I was also sceptical of the “sting-proof” claim. The logic is sound – a bee’s stinger is 1.5mm-3mm long, and this suit is 3.5mm thick. But when I got it out of the box, I was bewildered to see that it appears to be made of a collection of small holes, held together with thread. In other words, a fine mesh. It looked as though a bee should be able to poke its stinger through any of the holes in the mesh; it was basically a net. Anyway, I suspended my disbelief for testing later.

The suit itself is great. It’s comfortable, really light given it is so thick, and flexible too. In the immortal words of Ned Flanders, it feels like I’m wearing nothing at all.

The mesh-like fabric of the suit has another incredible property – it’s not hot at all. It is nothing short of breezy. If you were out on a hot, sunny day, you’d feel comfortable. You may need to wear an extra layer.

I tried it on as soon as I had it out of its packaging and it was a pleasant surprise. I got a size 54 – I’m 5’10” and not a giant, but not small either. I weigh about 185lbs (on the phone to Ian I said I weigh 15 stone, I was only two stone out but keeping a grasp on reality isn’t my strong point).

Let’s be honest, I’m not going to get smaller, so the extra space is just future-proofing.

Despite the mix up with my size, it fits really well around my chest and waist, and it is elasticated around the middle, so it’s not baggy like my other bee suits.

There is a zip pocket for a mobile phone on the breast, and an adrenaline (Epi-pen) or queen marking pen or whatever pen you like pocket on the upper arm.

The only reservation I had, apart from the fact that I couldn’t bring myself to believe that bee stings would be kept out, was that mesh feels quite fragile. I’m just being paranoid with my new equipment, perhaps, but I worry that a snag on a briar or gorse bush or hive tool might rip it relatively more easily than a cotton suit.

Trying It Out For Real

Unfortunately, the delivery of the suit coincided with about a week of poor weather, but I did soon enough get a chance to try it out in the field.

I had a swarm that had taken up residence in a mostly empty super box and had built quite extensive comb crosswise to the few frames that were in there. Needless to say, it made inspections difficult, to say the least, so I wanted to cut out the comb and tie it into some frames.

Usually, this seems to get the bees a bit fraught, and I thought this is a good a chance as any to try out a sting proof suit. 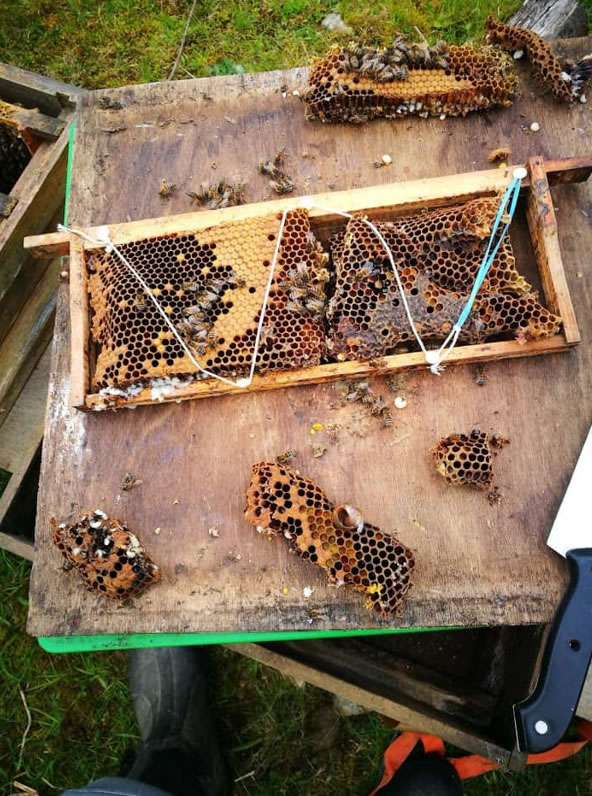 I strung up my frames to accept the cut out bits of comb and set out to my apiary. Once I got there, I donned up, lit my smoker, and it was immediately obvious how well ventilated this suit is: I felt like the seat of my pants must have unzipped, but it was just that cool inside.

I mentioned wearing another layer to stay warm, a bit of a joke but I was wearing only a t-shirt under the suit (and trousers, like). What I noticed is that some of the seams are really scritchy. It’s not a fault, I think it’s just the material from which the suit is made. And I’m a bit sensitive about that sort of thing, I always tear the labels out of shirts. That’s why there’s always a hole at the back of my shirt around the neckline.

I opened up the colony and gave them a puff of smoke, and I have to be honest – they are such sweethearts that I can’t really say if the sting-proof aspect of the suit is accurate. They just buzzed contentedly and got on with life as I tore their nest apart. I got all of the comb into frames to fit the super, and found plenty of brood and eggs. No sign of queenie, but no signs of swarming either. I am terrible at spotting things, so it doesn’t mean much not to see her.

Despite the gentle nature of these bees, I have it from several other sources that this bee suit (as well as other similar suits) are indeed pretty much impervious to stings. They certainly won’t be getting in through the cuffs, which are well elasticated, or through the zipper around the veil which also has a hook and look flap to cover the gap between the two ends of the zip.

I was pleasantly surprised by the suit in pretty much all aspects.

It is light and comfortable to wear, feels very flexible and non-restrictive and really cool. Ian told me on the phone that it’s even been tried by beekeepers in Namibia, who found it extraordinarily comfortable in their climate.

It does look a bit futuristic, and I know that many beekeepers are traditionalists. New technology is often shunned, and things that look so different may raise a few eyebrows. But I think it looks pretty good myself.

I’ve also heard some beekeepers say that wearing a suit is for fools and people who “don’t get” their bees – don’t listen to these people. Wearing a suit makes some people calmer and more comfortable, and makes them better beekeepers as a result.

There is an argument for wearing less PPE, especially if you aren’t too distressed by the idea of being stung (and if you don’t have a severe reaction to them) but one of the main reasons I have found to wear less PPE is comfort and to prevent overheating.

Since this doesn’t seem to be too much of an issue in the Sentinel, I don’t have a good reason for you not to wear it. You never know when your bees are going to have an off day, and a suit gives you peace of mind when they do act up.

If you are, like me, reluctant to get stung – even if you just wear it for those incorrigible colonies with a wicked queen, probably as you’re searching for her in order to replace her and calm the workers – for whatever reason, I would recommend this suit.

I don’t think there is anything else like it in the UK at the moment. The Ultra Breeze suit is available in the USA, but it costs quite a bit to import. There is another suit by Humble Bee, but really these latter two sell you on being ventilated rather than sting proof.

Our newsletter will keep you up to date with new products, special offers and promotions and general news.

By subscribing to our newsletter you agree with the storage and handling of your data by this website and MailChimp.
More information >> 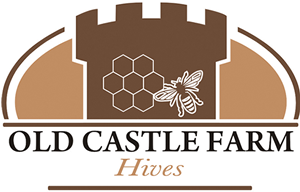